Having successfully finished another exciting year in the LIFE Eislek project, we would like to present a brief summary on the land we were able to acquire since the beginning of the project in the end of 2012. The aim of the project is the purchase of 30 ha of wetlands mainly, but also clear cuttings, forested areas and agricultural land. We have shortly reached the 50% mark of the goal with 16.90 ha; another 4.49 ha are at the notary’s at the moment, giving us a total of 21.39 ha. END_OF_DOCUMENT_TOKEN_TO_BE_REPLACED

Just recently, a complex of 6 parcels with a total area of 1.33 ha pushed us over the halfway line. It is situated in the Natura 2000 area Breechen on the Ransbaach near Clervaux and borders on land previously owned by the foundation. It is classified as a biotope, more precisely wetlands. 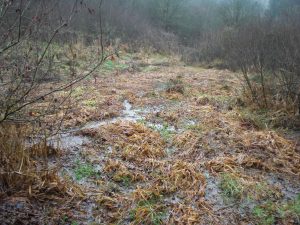 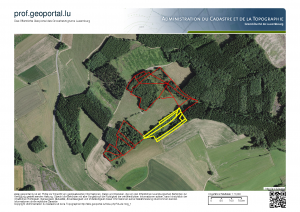